Tan around the mouth … Its causes and methods of treatment

The appearance of tan around the mouth is a problem that many girls suffer from,

Some girls may have a higher rate of this problem during the summer;

Due to the increased period of skin exposure to the sun during this season,

In other girls, this problem increases during the winter;

Because of the dryness of the skin in this period,

And others have this problem more during all seasons of the year;

This is usually for genetic reasons, or as a result of exposure to other factors.

Depending on the different cause, the period of the appearance of tan sits around the mouth.

But if you’re one of the girls with this problem,

So don’t worry, because there are a lot of effective ways and solutions to this problem,

which I’m going to show you in this detailed article about,

Causes and methods of treating the appearance of skin pigmentation, or tan around the mouth

Causes of the appearance of tan around the mouth

to change the percentage of melanin pigment production in this area.

Many factors may cause this change,

And a set of factors that cause this to happen,

Especially in the area around the mouth.

The brownness of the human is produced in general, or in a particular area around the mouth;

Due to the neglect of the use of sunscreen before exposure to harmful sunlight during the day.

And neglect peeling this area even once a week to remove the dead skin from it.

The paper of the skin dish in this area, makes it more vulnerable to environmental factors,

Therefore, infections appear in them, resulting in the appearance of dermatosis in this area.

This tan may also be caused by hormonal changes that increase during pregnancy,

Or as a result of the use of birth control drugs.

It is produced as a side effect of certain diseases such as:

As a result of the lack of some important elements within the body such as: – zinc and iron

Or a lack of some vitamins, the most important of which is vitamin C.

Some research has shown that too much salt intake, or some types of fruit, may cause the appearance of tan around the mouth, in some people.

Due to dry skin during the winter period, or its general drought, causing inflammation of this area,

and so tan it as a result

One of the causes of tan around the mouth also, the frequent touch of this area by hand,

which works to accumulate bacteria in this area,

And the appearance of dead skin out.

The release of toothpaste from the mouth while it is used in cleaning teeth,

It is also a major cause of the appearance of tan around the mouth, because it contains fluoride,

Which increases the appearance of pigmentation in the skin

That ensures that the toothpaste does not come out of the mouth while washing.

If you have tan around the mouth and want to get rid of it.

Smoking may also be the cause of dryness of the area around the mouth;

Which leads to its tan and the appearance of annoying pigmentation.

It is also one of the factors of increased melanin pigmentation in this area.

Many use some types of cosmetics, which contain a large percentage of chemicals,

It may also affect the skin in the area around the mouth and lead to its tan.

Sometimes the tan around the mouth is a side effect of taking certain types of medications.

Treatment of tan around the mouth

If this tan is clear and present all year,

The best solution for you is to use lasers to get rid of these annoying pigmentations of the human being.

As you should know that the first way to fix any problem,

Is to stay away from the cause of this problem.

So you have to:

attention to eating foods that contain enough zinc and iron,

Attention to using sunscreen is proportional to your skin type daily, before sun exposure.

Maintaining enough water per day to help hydrate the skin

And get rid of the dehydration that causes the appearance of tan.

Whether these pigmentations are due to dry skin or inflammation

You should take care to moisturize the area around the mouth constantly,

And keep peeling this area to get rid of the accumulation of dead skin by it.

Finally, the use of an anti-inflammatory cream such as Zink Olive Cream

You should also pay attention to using natural mixtures to whiten this area,

And remove the tan from time to time, such as:

Turmeric mask to bleach the area around the mouth

A teaspoon of skin turmeric.

A small cup of milk

Add flour or flour inside the mixing pot,

Then add turmeric to it, then mix them well,

Then gradually add the milk, stirring until you have a homogeneous texture of the three ingredients together.

Then use the resulting mixture to distribute to the area around the mouth,

Using a distribution brush, leave it on this area for a third of an hour.

Then wash your face using water and the right lotion for your skin type.

Yogurt and honey mask to remove pigmentation around the mouth

A tablespoon of yogurt or yogurt

Brush for the distribution of the catcher

A pot to mix the ingredients together

Inside the mixing pot add honey to yogurt, then mix them together well,

After making sure that a homogeneous mixture is formed, use the distribution brush;

to cover the area that contains pigmentation with the mixture,

And leave it on it for a quarter to three hours until it dries completely.

Then rub the catcher with the fingers of the hand to remove the dead skin from the skin,

Before washing it using lukewarm water with soap,

Repeat using this catcher twice a week until you get rid of all the tanaround the mouth.

Then use the mixture to massage the area around the mouth for 5 minutes,

Then leave the mixture on this area for a quarter of an hour.

But before you use this recipe make sure, that lemon does not cause allergic ness to your skin,

So that it does not result in increased inflammation around the mouth, instead of removing them.

Oat and tomato mask to treat tan around the mouth

A tablespoon of well-ground oats

And three teaspoons of yogurt or yogurt.

Put the tomato juice on the yogurt, then mix them well with it,

Then add the two ingredients to the ground oats, stirring gradually,

Then continue stirring until you have a creamy mixture of three ingredients,

And use the mixture to apply it to the brown area around the mouth and leave it on it for a third to half an hour,

To make sure that it is dry and then wash it with water and light washing on the skin,

Repeat this catch once a week until you reach the result you want. 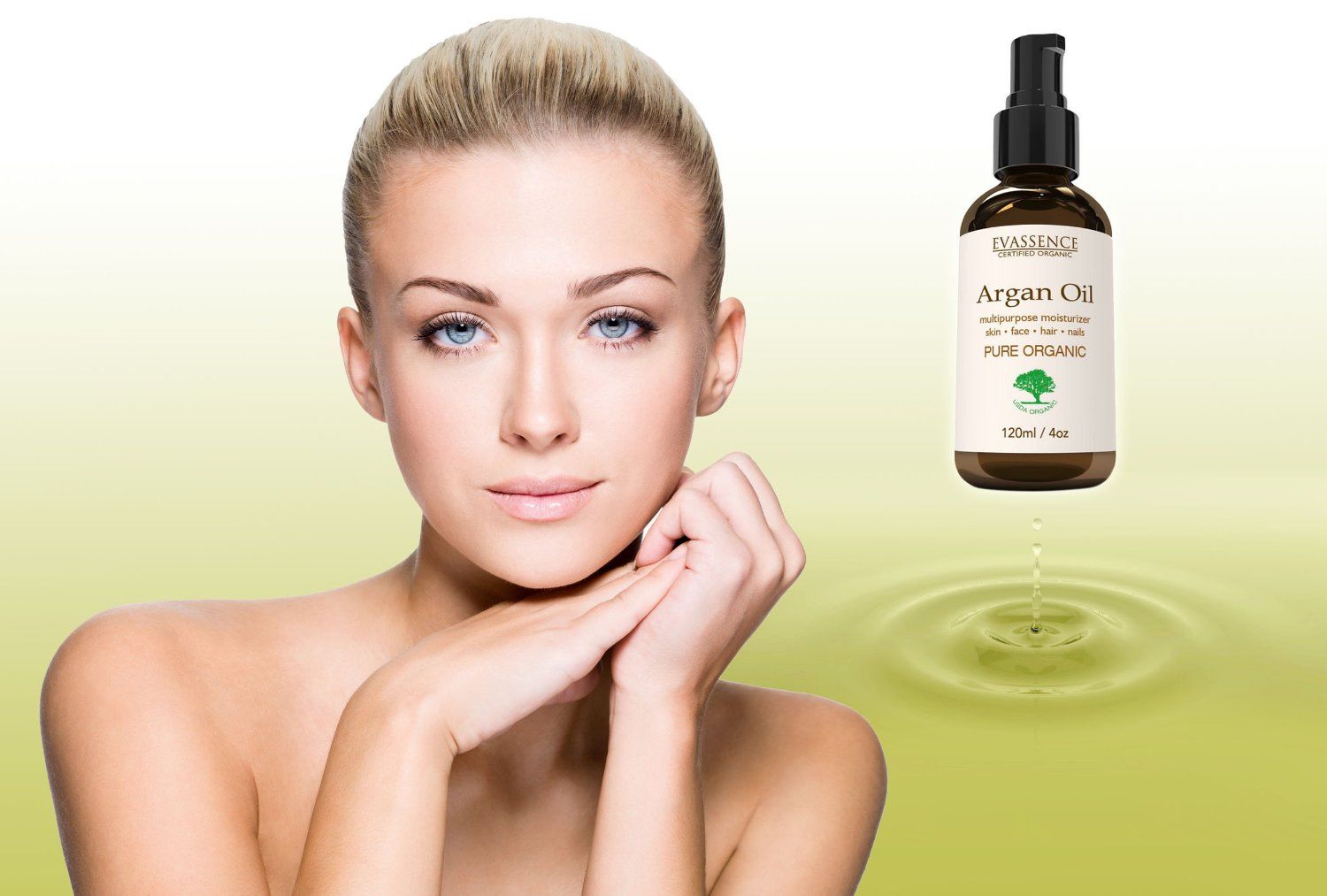 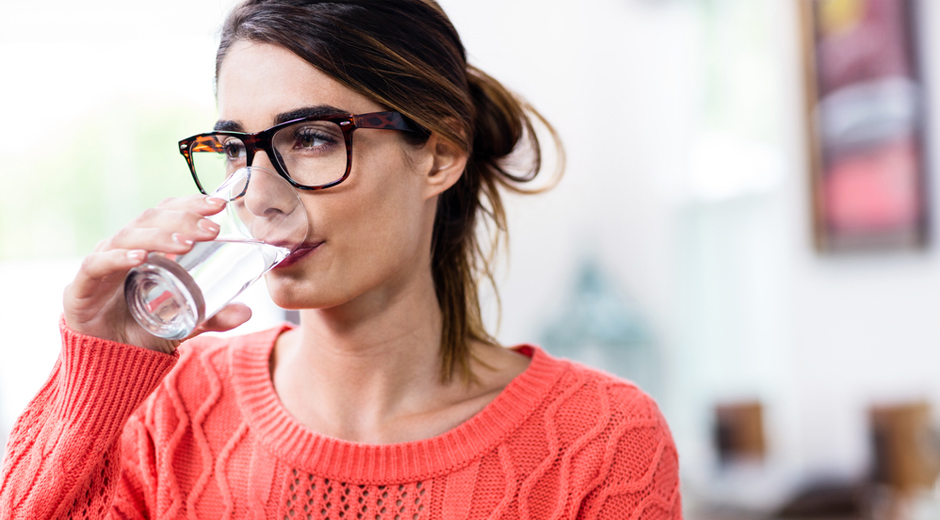 The benefits and recipes of thermos for the human, hair and body